Chasing balloons is often the best part of the entire process, but can be challenging if you don’t have the right kit, or it isn’t accessible.  It’s particularly difficult if, as with many of my flights, you’re chasing alone; a laptop isn’t much use when you’re driving!

My previous car was an old Shogun, which served me well but the list of faults was getting rather long so I traded it in for a Hyundai Santa Fe – a bit smaller and not quite as capable off road, but for HAB use with the odd muddy field it will do just fine.  I chose the 5-seat model as it has a huge under-floor compartment in the boot (where the extra row of seats would have been); I use that to store aerials and other equipment:

The LoRa gateway uses a Pi 3 with 434 and 868MHz modules, and connects to the internet via a 4G MyFi device in the cabin.

The gateway aerial cables run underneath the boot, up through the door trim and out at the roof to magmount aerials which attach to washers inside the car when not in use:

Power for the gateway comes from a 37Ah 12V SLA via a 12 –> 5V adapter.  Power to the adapter is switched via a panel mounted in the side of the boot:

The panel includes a voltmeter and dual USB socket, both switched via the first switch in the panel.  The 3rd switch connects power to a 240VAC inverter via a relay next to the SLA.  All supplies are fused, and for convenience the SLA powers 12V cigar lighter sockets in the boot and cabin.

With all this kit in the underfloor compartment, the boot floor is clear and I wanted to keep it that way, so I mounted the various poles (for removing payloads from trees) to the seat backs, using Velcro straps held by metal plates screwed to the seats:

Up front, I fixed my Yaesu 817 radio to the side of the centre console, using adhesive Velcro tape.  The 817 is kept charged from the car 12V supply.  Other connections include the aerial (another magmount), audio via a transformer to prevent earth loop noise, and a USB power adapter:

Now onto the dashboard.  On top is my old Pi-based LCARS device, and below is a Pumpkin double-DIN head unit running Android 7.1.

The Pi device runs a Python application that I wrote a while ago, emulating the Star Trek LCARS displays.  Here it’s streaming video to YouTube: 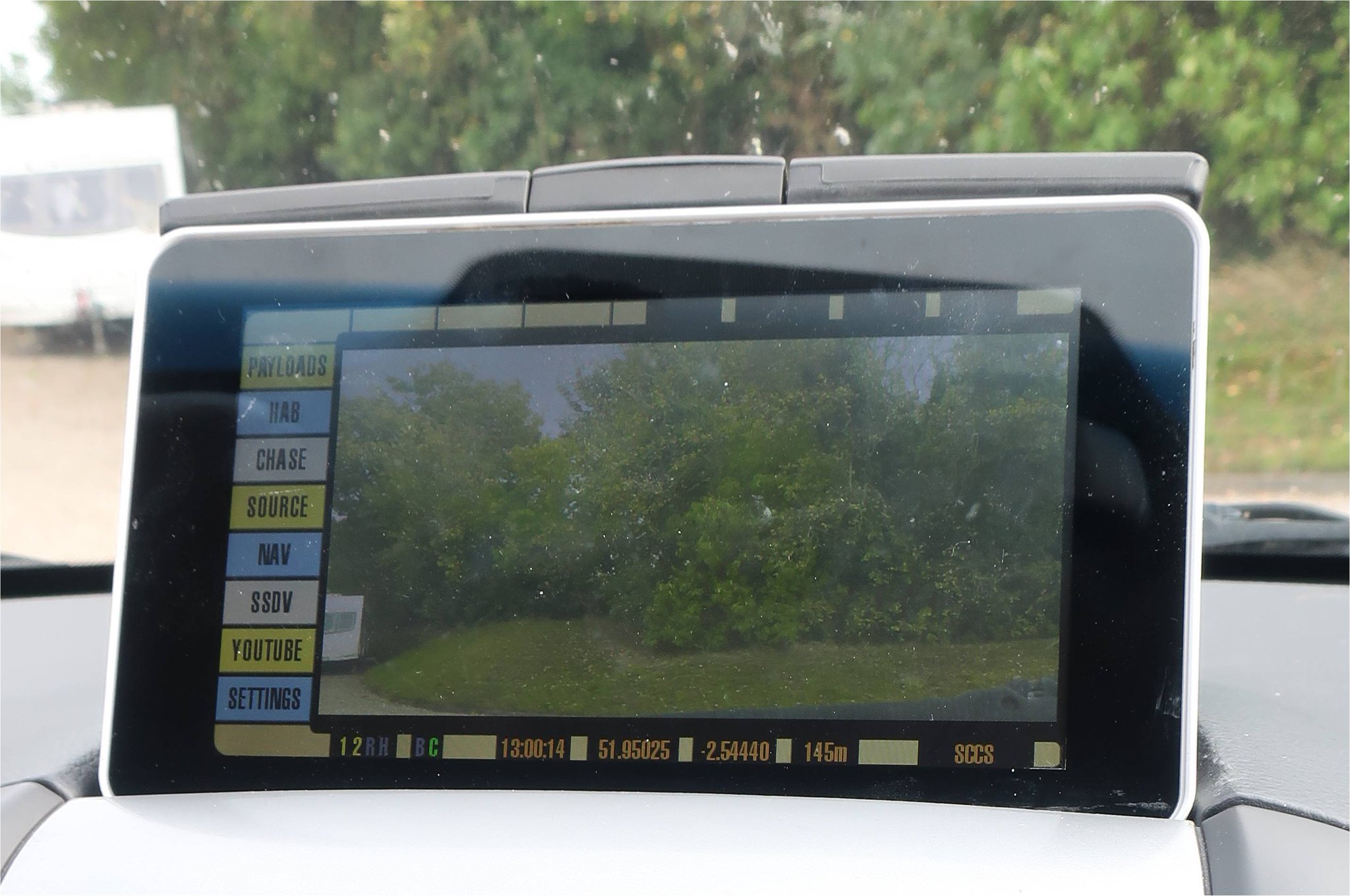 As for the head unit,  these are essentially Android tablets with WiFi and GPS, FM radio, amplifier, front panel volume control and some handy buttons, SD card slots, and front and rear USB sockets.  This model also has video in (for a rear-view camera and DVD player for example), video out (for seat-back displays), audio in and a steering wheel audio control input.  Buying last year’s model saved a fair amount of money, but didn’t lose any functionality and it’s plenty quick enough in use.  Here’s a short video showing it in use:

I installed apps for offline navigation and OS mapping, plus my own HAB chase app which I intend to release soon. 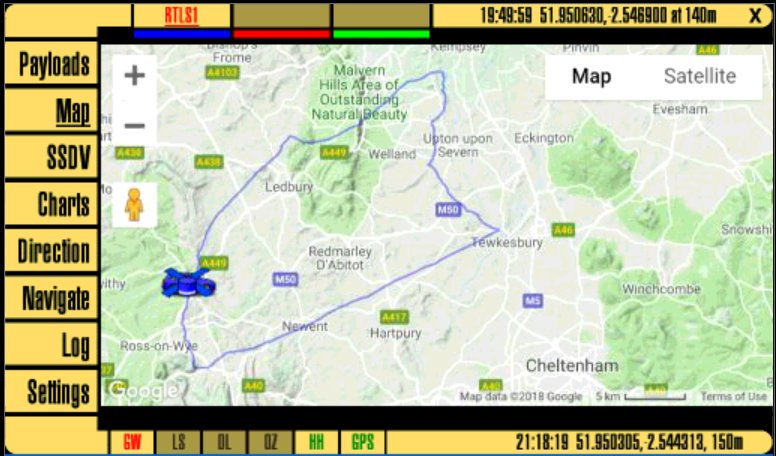 That app receives data from the LoRa gateway in the boot so it knows where the balloon is, and uses that plus the head unit’s GPS to provide navigation to the balloon once it lands.  I’ll cover the app in more depth in a separate post.